What Goes On Behind Touch Screen Monitors?

Home » Tech News » What Goes On Behind Touch Screen Monitors? 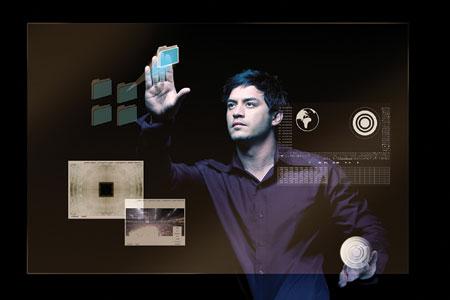 The answer is not difficult if you can understand the three systems that make it possible – capacitive, acoustic waves and resistive. Let us try analyzing each of them and understand the nuances. The capacitive system works on the principle of charge. A certain amount of electric charge is induced on the touch screen. Whenever a user makes contact with the screen, some of the screen’s charge is passed on to the user, thereby reducing the charge on the screen. The device calculates this reduction in the relative charge and the corresponding information is relayed to the monitors’ driver software.

The resistive system has two layers, namely, conductive and resistive. Both are separated by space and the whole setup lies protected beneath a scratchproof layer. Whenever a person touches the monitor there is a flow of electric current between the layers that presses them against each other. This current flow is able to identify the touch spot. The location is then transferred to the installed driver that then performs appropriate action.

The three systems differ in terms of their utility and efficiency under varying circumstances. In terms of image clarity, the surface acoustic is known to produce the best pictures followed by capacitive and then resistive. In terms of the touch stimulus, the capacitive system responds to only human touch. Since the resistive system works on the principle of contact amongst its layers, it responds to any kind of touch. A similar thing holds true for acoustic waves that do not respond to stimuli from too hard or too soft objects.

The resistive system is the cheapest with the least clarity and the chances of damage are very high. The best and most expensive is the screen that employs surface acoustic waves. So the next time you go to purchase a device, check out what kind of touch screen monitors the manufacturer offers. With this knowledge at hand you know how to make an intelligent purchase for sure.

Author Bio:
Doris Chen is a freelance writer, who devotes herself to writing. She most enjoys working with computers and is very experienced in the field. The principle of Doris Chen’s writing is to help users tackle their problems while dealing with a computer or laptop such as gadgets, software and monitors. No matter the problem, she is always willing to help others discover the workings of hardware or software