That’s what everyone’s calling it. Are they right? It’s a strong possibility!

Unfortunately, what hurts Huawei the most is its infant status on the technology market. The new guy in the school always has a hard time gaining respect and friends, especially when you’re up against one of the coolest guys in school: Apple.

What also hurts Huawei is that nobody has any idea how to say “Huawei.” 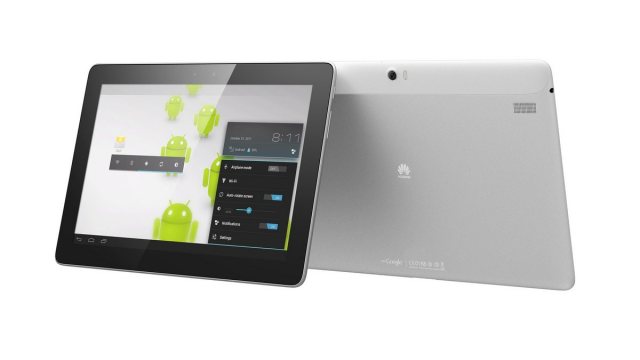 That said, the Mediapad 10 FHC is one heck of a tablet on paper. We all should be pretty excited to see this baby hit store shelves, or wherever you buy Huawei products.Since the Mediapad 10 is still in production and not officially priced, we can’t give an exact number. But what we can guess is that it will probably be sold in the $350-$450 range, otherwise nobody would buy this thing.

What you do get, on paper of course, is one of the best tablets ever. And that’s saying a lot.
With a combination of strong specifications, nice design and supposedly quality construction, the Mediapad 10 could very well be an “iPad killer.”

Here is a list of specs for the Mediapad 10 FHC:

Not bad at all, right? While the operating is outdated at this point (funny, right? ICS just came out!), this device is surely looking good right now.Complaints from testers have been few and far between, but one noticeable one has been that the capacitive touch screen has been slightly unresponsive at times. Other than that slight misstep, it seems as though critics are nothing but praise for the Mediapad 10. Once the full-fledged product releases, expect reviews to pop up everywhere. Who knows? This could be a solid and less expensive alternative to the iPad. _________________________________________________________________________________  About the author:  Joe Petchonka writes content for a number of automotive dealerships and blogs, but he also contributes to Brooklyn used cars dealers for their online classifieds section.