Must Have Camera iPhone Apps

Owning a iPhone gives you the ability to access the amazing app store that Apple has built around the iPhone. This app store offers a wide variety of application from games to accounting to entertainment. Of all the applications the camera apps have to be some of the most popular, biggest of all Instagram. But instagram isn’t the only application to take advantage of iPhone great camera. 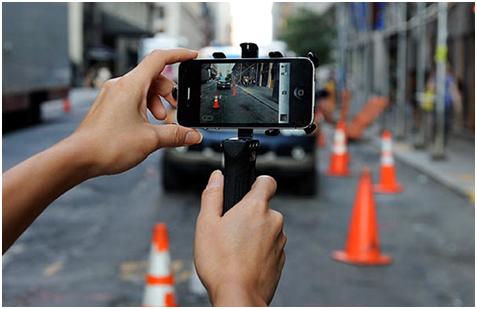 Some Camera iPhone Apps To Try
Apple has always stressed the importance of its camera, which is why there is a dedicated camera button on the unlock screen. The camera should be accessible from anywhere on your phone with ease for those shots you can’t miss. The iPhone camera has also done worlds of pain to camera companies because of the popularity it has gotten since releasing.

1. Camera+ – This was named in Times Magazine –

2. CamWOW – Are you looking for loads of filters while, ainstagram alternative? Well CamWOW is your solution, with over 20 free filters and the ability to view four different styles all next to each other in a four – four grid.

3. Gif Boom – Who doesn’t love Gifs? Short, Sweet, often hilarious and always quite animations provide loads of entertainment. If you ever wanted to create your own slice of humor now is your chance.

If you haven’t tried any of these apps I suggest you pick a couple and download. Both CamWOW and Gif Boom are free of charge and provide great entertainment. Camera+ is a cheap .99 cents for the amount of features it offers. There are many other camera apps on the marketplace as well. Finding them is as simple as loading app store, clicking search and typing camera.